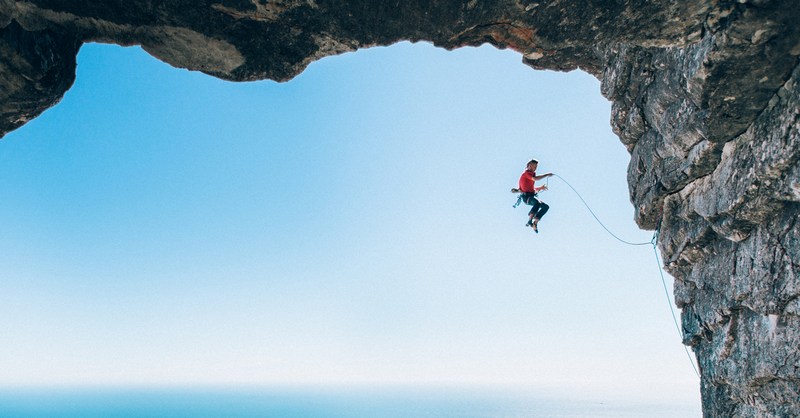 “This moment was pure joy,” says surfer Dion Atkinson of getting in the barrel of the popular Monument wave break located along the Great Australian Bight in South Australia. “This wave is a very dangerous, heaving barrel very close to the cliff and on an extremely shallow reef. I was extremely focused at coming out of the other end!” This unique wave should only be surfed by expert surfers. “I have spent a lot of time here, and it is not for the faint-hearted when the wave starts to get some size,” say Atkinson, whose main goal is to qualify for the ASP World Tour.

"There almost isn't a day that goes by over here when you don't get to share a few waves with a seal or a pod of dolphins,” says the 19-year-old Aussie who lives in Adelaide and has been surfing for a decade. “I love it when they are around—especially when the dolphins surf the waves with you and jump all around you.”

And, in Australia, marine life is followed by its apex predator—sharks. “The region is known for sharks, and there have been a few fatal attacks in the area in the past 10 to 15 years. But I always tell myself I have more to worry about on the drive over than a shark in the water bothering me,” says Atkinson.

“They are magical and lovely,” says ice climber Jen Olson of the ice stalactites and stalagmites seen here in Caveman cave located a half-hour hike from Upper Haffner Creek in Kootenay National Park, British Columbia. “It’s so fun to take pictures of them, as well as the gigantic hoar frost on the roof of the cave.”

Olson is seen during a difficult section on a route called Neolithic. “This is a big move, and when you release the lower tool, your body responds by swinging past horizontal to compensate. Controlling the swing is the crux of the route,” says Olson, who lives in Canmore, Alberta, and works as a mountain guide and climbs competitively. “On this route, you have all your weight on your arms for long periods of time, so the clock is ticking. You need to keep moving to keep holding on.”

"It's a great challenge to try a climb that not only you haven't done but that hasn't been done by anyone," says Salt Lake City local Mike Friedrichs, seen here making the first ascent of Blood on the Tracks on the Dylan Wall in the crowd-free northern San Rafael Swell, Utah. "It provides an opportunity to use one's experience in route finding, gear, patience, resting—all the things that years of experience help." Friedrichs is seen at the crux of the climb, about 60 feet above the ground with 20 feet to go.

"I called the wall the Dylan Wall, and this may be the jewel of the entire crag," says Friedrichs, a chronic disease epidemiologist and frequent climber in the San Rafael Swell. "And the route is named after the title of one of the best, if not the best, Bob Dylan album. The route is also a west-facing corner that catches the alpenglow in the evening and turns brilliantly red."